Heading north out of Santa Fe, curving around a rugged canyon, the unusual town of Los Alamos beckons after a scenic 33-mile drive. www.visitlosalamos.org. 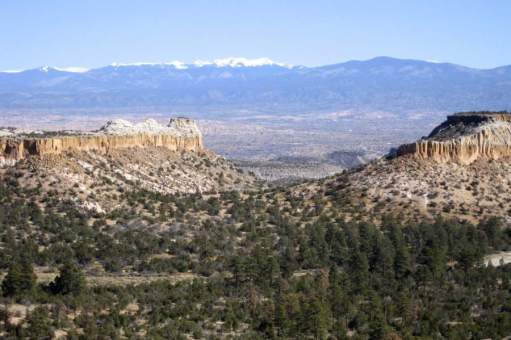 Tucked away in the Jemez Mountains of Northern New Mexico, this sprawling community once housed Pueblo Indians and the Los Alamos Ranch School until the early 1940’s.

Today, the world renowned Los Alamos Science Laboratory, www.lanl.gov, dominates every aspect of life around this progressive science hub that changed the course of world history in 1945. Cruising down modern boulevards, it’s hard to picture the immense transformation that took place here after government officials scouted the area for a top-secret mission, The Manhattan Project, www.ushistory.org/us/51f.asp, in the summer of 1942. This remote mesa offered everything for a central laboratory: west of the Mississippi, far away from both coastlines, a suitable climate, isolated for safety, and sparsely populated. So, once the ranch school and surrounding land was purchased in November 1942, things snowballed. The school closed in January 1943, bulldozers arrived, serenity was shattered, and in the blink of an eye, an entire town rose from the dirt. Scientists from every corner of the globe descended on Los Alamos with one common goal: to develop the first atomic bomb that would put an end to the German war machine’s conquest during World War II. directed the scientific developments and designing of the two atomic bombs that came to be known as Little Boy and Fat Man. The story about the Manhattan Project is an astonishing one. The many exhibits at the  Bradbury Science Museum www.lanl.gov/museum, 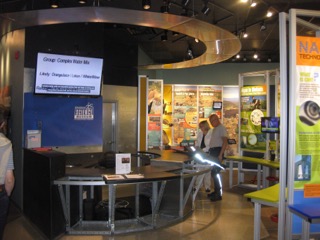 depict a vivid narrative of the challenging times between 1942 and 1946. Watching the historic movie offers another fascinating glimpse into the lives of the thousand men and women who tirelessly worked in this town unlike any other.There were no poor, no jails, no unemployment, no sidewalks. The area was kept in total secrecy. Access in and out of Los Alamos was limited. Tight security checks were the norm whenever leaving or returning to the secret city. All newcomers had to report to an office on 109 East Palace Avenue, www.atlasobscura.com/places/109–east–palace, in Santa Fe for processing. Secrecy required everybody to share the same mailing address, Post Office Box 1663, Santa Fe, New Mexico, and that address also appeared on all birth certificates issued during those years. By the time testing of the atomic bombs was completed in April 1945, the war in Europe was over. So the bombs were dropped over Hiroshima and Nagasaki, which brought about the surrender of Japan and the end of World War II in 1945.