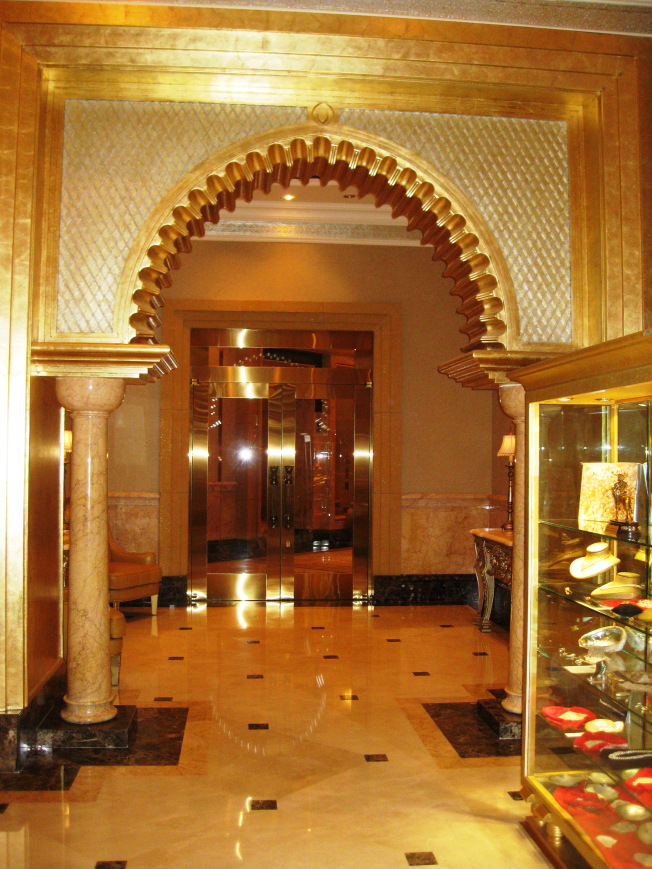 One cannot help but think of Princess Scheherazade’s fantasy tales of 1001 Nights when gliding into the frankincense dusted world of the Emirates Palace Hotel in Abu Dhabi. Sprawling along the pearl white Arabian Sea shore, this magnificent structure featuring shimmering blue mosaic domes, arched facades and cooling fountains looks like a transplant from Arabia’s Golden days against a futuristic skyline of polished glass towers rising beyond manicured lawns and lush tree crowns. Taking in this stark architectural contrast, Bob and I past through the security manned entrance gate after presenting the two uniformed guards with a smile and satisfying reason (go for a coffee) to enter. And so, happy and excited, we rode up the palm lined driveway past marble fountains, eyes on the colossal sandstone palace. A stunning 3 billion dollar masterpiece blending traditional Arabian architecture and modern design into perfect symmetry. No wonder the Arabian capital shines with pride claiming to house one of the world’s most expensive and prestigious hotels, popular for the rich and famous. Contemplating the marvelous splendor of this Abu Dhabi government owned 7 star beauty, I ambled next to my husband further into Scheherazade’s world. Under the Grand Atrium Dome, bigger than the Saint Peter Basilica Dome in Rome I was told, my gaze began to wander. Lost in the grandeur of this vast structure, I admired gold-leafed ceilings and elaborate silver, gold and glass mosaics gleaming in the golden glow of three tiered crystal chandeliers. And as my feet glided across marble floors and over gold trimmed stairs I reveled in the incredible luxury and glitzy beauty of Abu Dhabi’s crowning glory.
In the shadow of the Emirates Palace Hotel another Arabic treasure sits hidden away on the banks of the Mina (port in Arabic) on the opposite end of the Corniche. The Al Arish. I had never heard of the restaurant till that morning when my sister, her daughter and I stumbled upon it heeding an urgent call of nature while our men ran around the nearby fish market looking for the best catch of the day. Past the unpromising façade, which looks more like a left over from long gone fishermen and Bedouin days, we shuffled down a sticky hallway before we set foot into an air conditioned lavishness that caused our jaws to go south. The glittering grotto with gold enhanced everything looked more like Aladdin’s cave than a dining venue. Exquisite décor and novelty items (glass-topped tables with exotic fish swimming beneath) blended well with the glitzy table settings. As I glanced at the scrumptious buffet, silver plates dripping with mouth watering dishes, I could only fathom how much it would cost to dine like the white robed sheikhs. 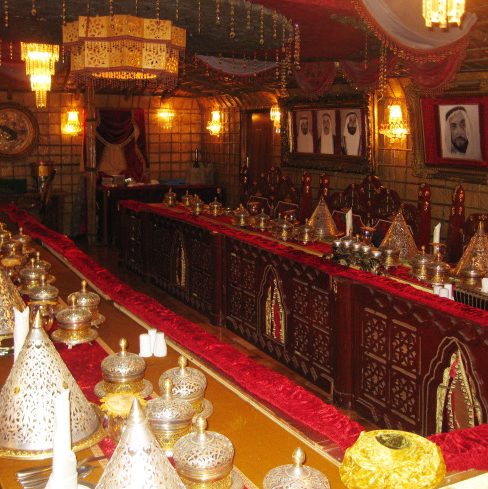 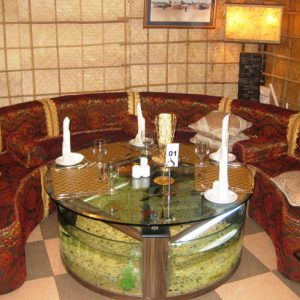 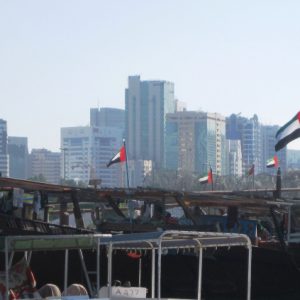 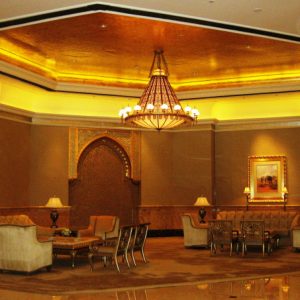 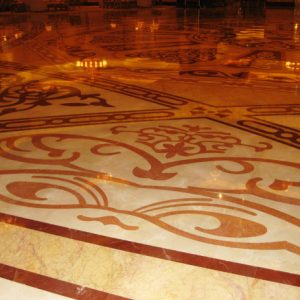 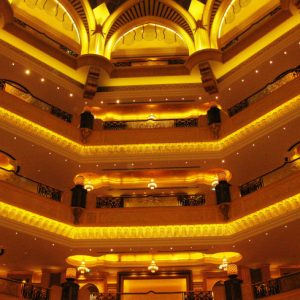 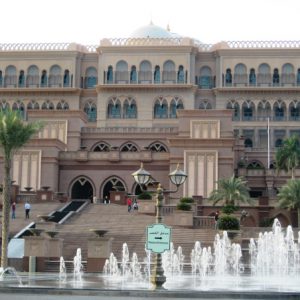 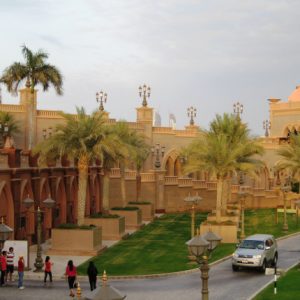 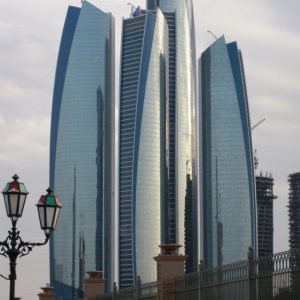 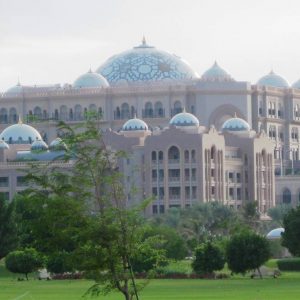 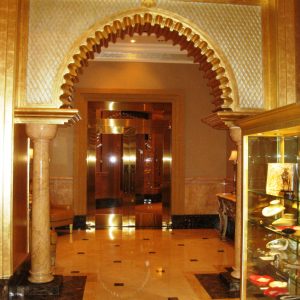