Although Austria is famous for the timeless music of Strauss and Mozart, the breathtaking mountain vistas, and The Sound of Music, the crisp apple strudel stands out as one of the most favorite culinary delights this Alpine nation smack in the heart of Europe has to offer.

Considered the “King of the Viennese Pastries,” the apple strudel surfaced several hundred years ago deep in the lands of Arabia. From there the strudel dough began its conquest of Egypt, Palestine, Syria, and Turkey, where baklava was created with the paper-thin pastry. During Vienna’s two Turkish sieges in the 16th and 17th century, the people of close by Hungary copied the recipe, and soon after the strudel arrived in Austrian homes and cafes. The strudel dates back to 1696, when it was first mentioned in a hand written recipe, now showcased in the library of the Viennese City Hall.

In the 18th century the strudel gained immense popularity thanks to Habsburg Empress Maria Theresia. She served this powdered sugar dusted treat in her royal salon and the whole court fell in love with this cinnamon seasoned pastry from far away.

Even the last Habsburg Emperor Franz Josef is known to have said: “One day without strudel is like heaven without stars.”

So, on your next Austria visit step into one of the many cafes and indulge in savoring a sweet slice of Austria served with hot vanilla sauce, vanilla ice cream, whipped cream, or custard, and of course, the finest roast of Austrian coffee. 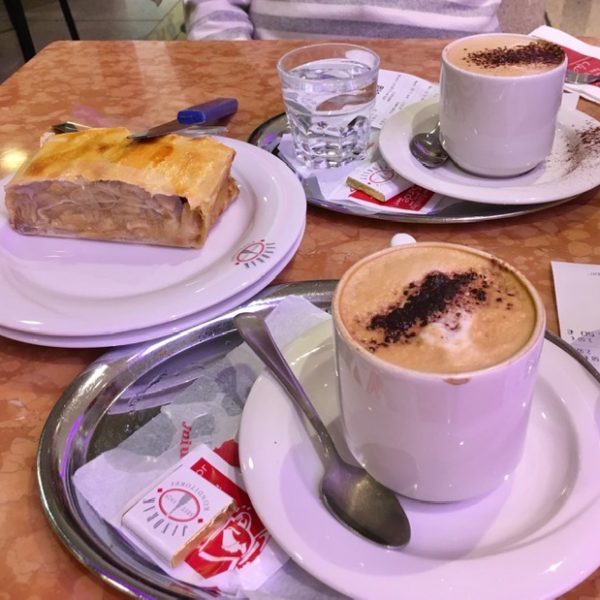 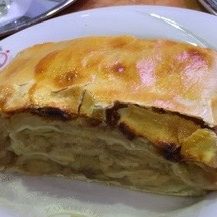 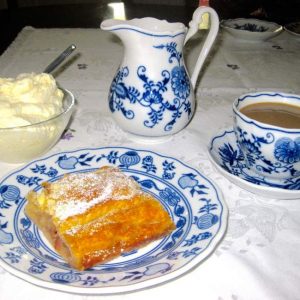 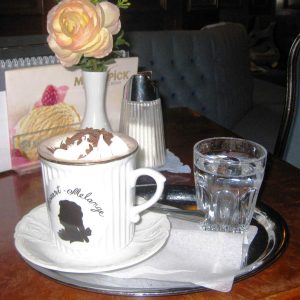 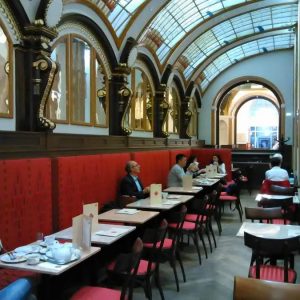 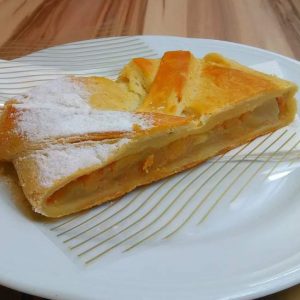