In Linz Beginn’s-It Starts in Linz 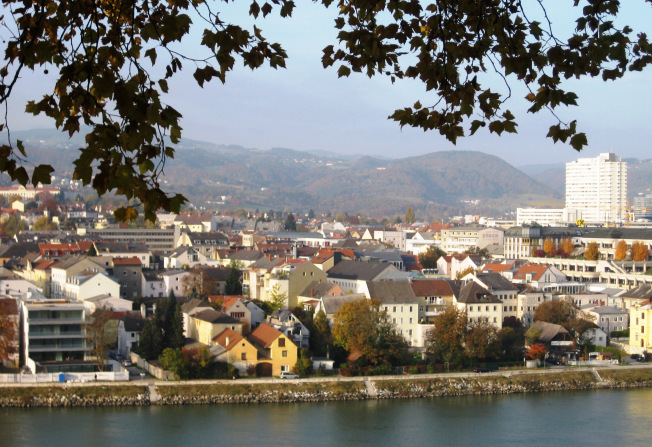 In Linz, that’s where it begins. IT. A product launch. A new invention. A travel adventure. Whatever. The possibilities are endless. This slogan of my hometown was the going phrase the day I kissed my parents good buy on a snow drenched December day in 1981. And today, after thirty years, the saying has morphed into “Linz changes.” And boy, there have been many dynamic changes in this European Capital of Culture in 2009 hugging the green banks of the blue Danube. The Lentos Museum of Modern Art, the Opera House, a brand new Castle Museum, the Tower of Knowledge, Underground system, to name just a few. One of pioneer spirit, I always felt that these words came right out of me. Returning to my roots over the years, each time I walked down the bustling Landstrasse (Main Street) with its gleaming store fronts or ambled over cobble stones, through arcades and climbed ancient stairs in the Old Quarters, I more and more discovered the rich heritage entrenched in the heart and soul of the city founded by the Romans a century before Christ’s birth. And so, on a recent beautiful cold day as I climbed the steep treasure trail back in time, I reflected on our ancient heritage as I stood before Austria’s oldest church, the Martinskirche, church of St. Martin. And as I ambled through the Friedrichstor built by the Habsburg Emperor Friedrich around 1490, and on top of the Castle ridge to the viewpoint overlooking the Danube valley, I reflected on all Linz has to offer. A metropolis of culture, green oasis and economic strength, the vibe is dynamic and people here enjoy a high quality of life. Always standing in the shadow of Vienna and much smaller but more famous Salzburg, Linz has finally emerged as an equal player. A vibrant cultural scene showcases theatre and music productions of world class quality. The annual Bruckner Festival in September draws notable performers and audiences from all over the world to the state of the art performance hall. Rolling exhibitions of contemporary art, history and science can be seen in many museums, the elegant Lentos Museum of Art and the Ars Electronica Center dominating the Danube being the most famous showpiece among them. Another creation not only pleasing the eye but the palate as well is the Linzer Cake. The oldest-known recipe in the world and a favorite souvenir, this Linz original was first baked in the Konditorei Jindrak beneath historic stucco facades in the early 1700’s. Still savoring the last bite, I consider all the remarkable achievements and groundbreaking innovations propelling Linz in to the 21st century and wonder what will be the next IT that will rise over the peaceful hills, sweeping the world like the ‘Sound of Music.’ 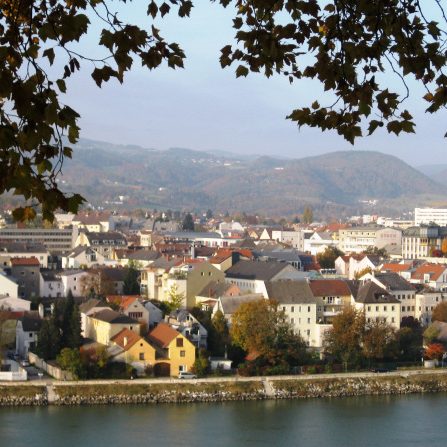 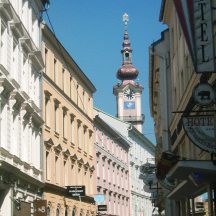 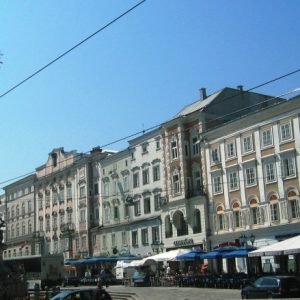 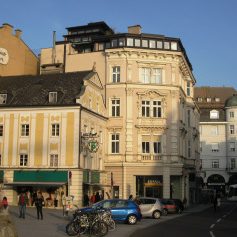 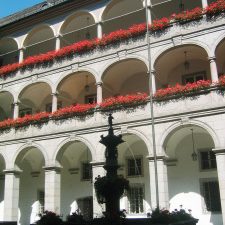 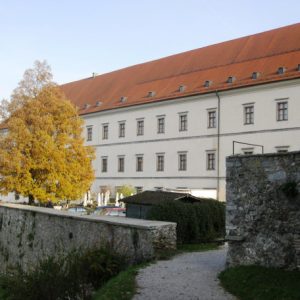 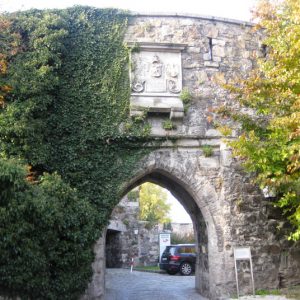 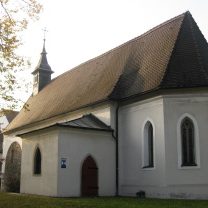 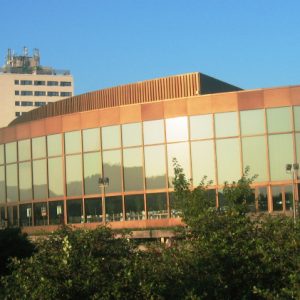 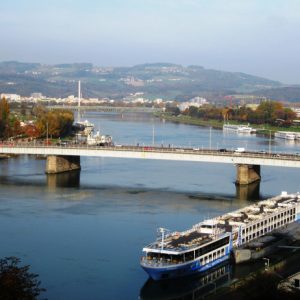 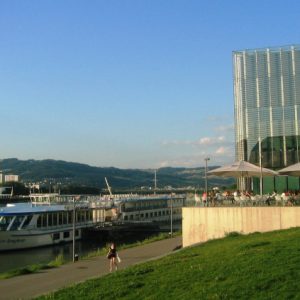 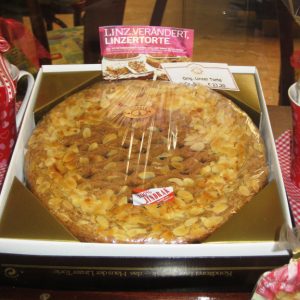