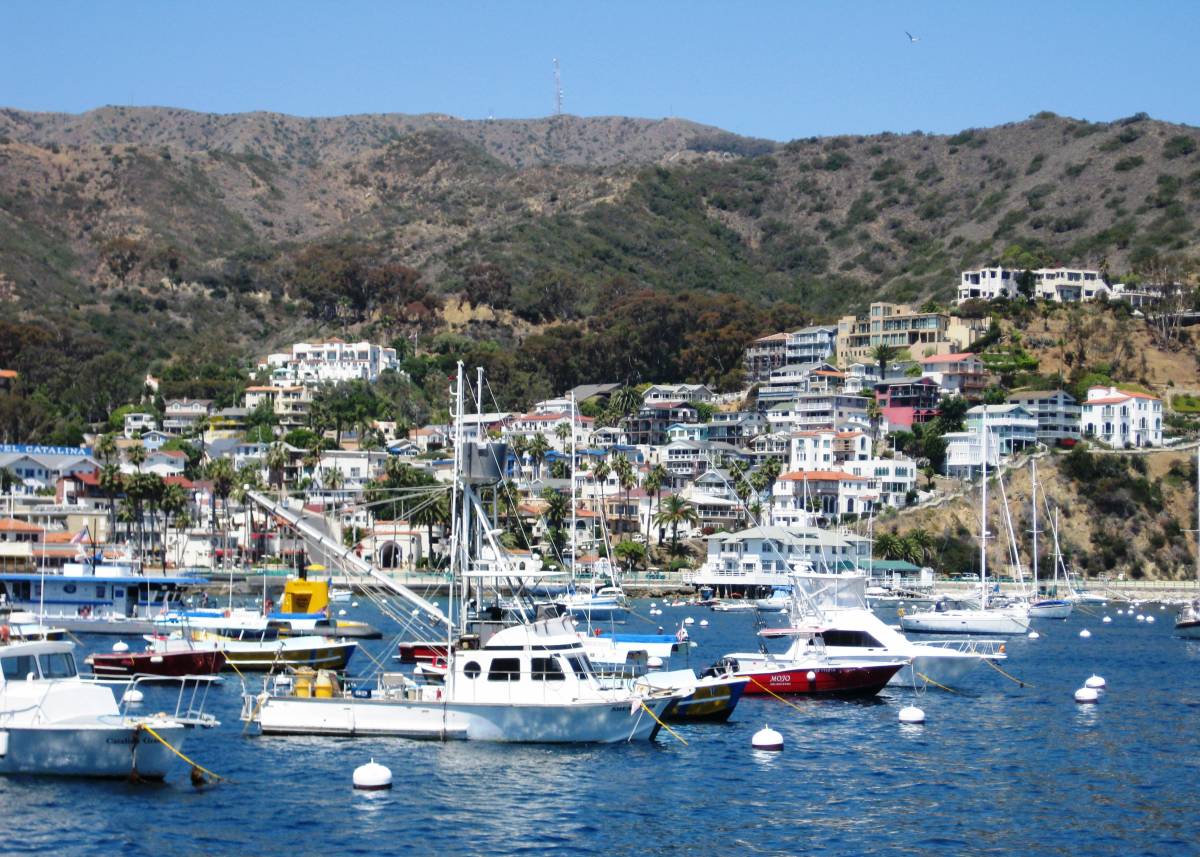 I’m stepping off the ferry from Long Beach and like every other time I have set foot on Catalina Island, I fall in love all over again. No wonder. Such perfect romantic setting. Locals call it the ‘Island of Romance,’ Hollywood has featured these sun-kissed shores in many of its movies and flocks of love birds have gotten hitched over here. The quaint town of Avalon marching up terraced hills brims with history, and the Art Deco Casino against the rugged mountain vistas lends an air of nostalgia and serenity.  Although I am just 22 miles away from Southern California’s bustling metropolis, the bobbing yachts in the crescent-shaped bay makes me feel like I’m strolling past a picturesque beachfront on the Italian Riviera.

The breeze coming off the ocean twisting up my hair feels purer, and the little boutiques and souvenir shops charm like the slow pace and army of electric carts puttering up and down narrow streets.

City folks, honeymooners, and back packers alike; nobody seems to be in a hurry to get anywhere. Well, there aren’t really a whole lot of places to go to. It’s casual-chic Avalon, rustic Two Harbors (with one campground, restaurant, lodge, and General Store but a star flooded sky at night), and a whole bunch of wilderness and hiking trails making up the interior of this island, of which 88% is protected from development by the Santa Catalina Island Conservancy, www. catalinaconservancy.org. And although Catalina is small, about 3,600 residents, the stream of visitors in the summer months swells to 10.000 a day. I can’t imagine fighting such a crowd. That’s why I prefer to do my spa pampering, trinket shopping, culinary explorations, and wilderness jeep tours in the slow months; get my ice cream without standing in line at Big Olaf’s.

Ever since the island was settled by Native American Indians thousands of years ago,  it has had a turbulent and colorful past until chewing gum magnet William Wrigley Jr. dropped anchor in Avalon in 1919. After he acquired a big stake of this undeveloped land, and brought in his Chicago Clubs baseball team for a promotion blitz, Catalina appeared on the vacationer’s map.

And what better place to go on vacation when you ride the ferry for free? That’s right. Catalina Express, www.catalinaexpress.com, takes you across the channel for free on your birthday. So, why not take the opportunity and hang lose for a day?
That’s what we did on my hubby’s B-day. Not just for a day. But for three! Doing nothing. And boy did it feel good to unwind at the Zane Grey Pueblo Hotel, www.zanegreypueblohotel.com, cresting the hill. This sprawling Hopi Indian-style pueblo was built in 1928 as the summer home of  author Zane Grey,  who penned many of his famous novels and stories books right here, overlooking the glittering Pacific stretching beyond the windowsill. Many of his adventure novels, which have idealized the American frontier, have been made into films and television series, 112 films as of 2012, Riders of the Purple Sage being the most successful.    Talking about the big screen, heartthrob Errol Flynn chased swimsuit-glad girls, Marilyn Monroe, then still Norma Jeane Baker, lived here before she hit it big, and Natalie Wood vanished off a sailboat, an unsolved mystery that has fueled tabloid fodder ever since.

So, whenever you think you are drowning in the mumble-jumble of LA’s crazy traffic and clogged up freeways, pack a small bag and drift away. This year, it’s Avalon’s 100th Birthday. Another reason to head over to party and fantasize about Catalina’s golden days, doing a little Catalina Dreamin.’ 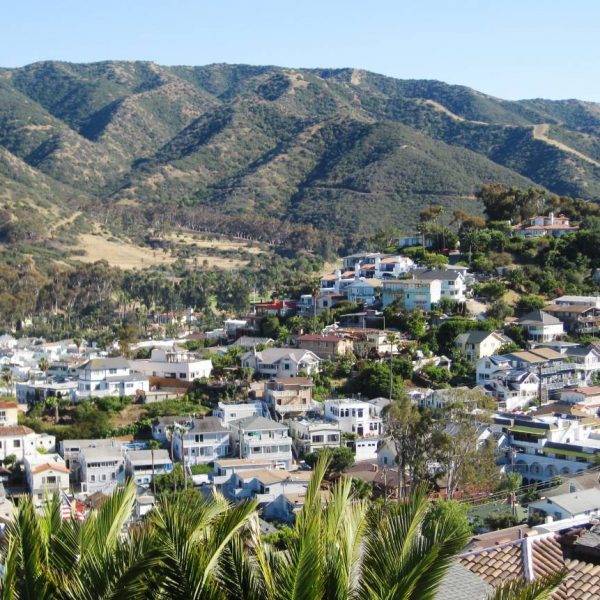 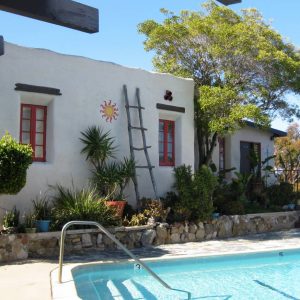 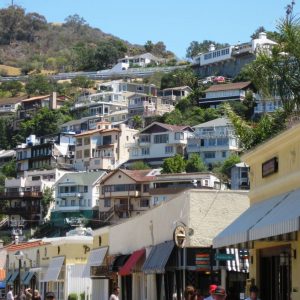 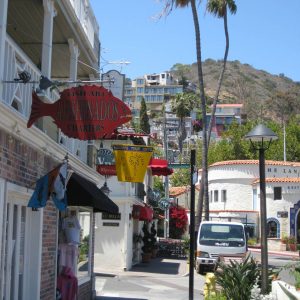 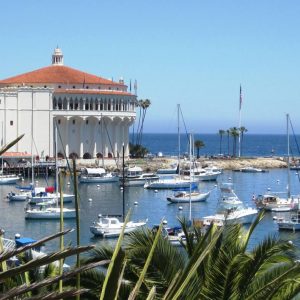 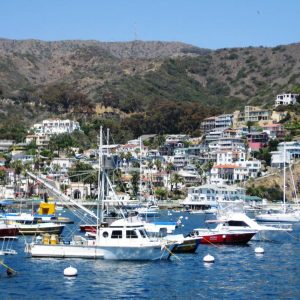